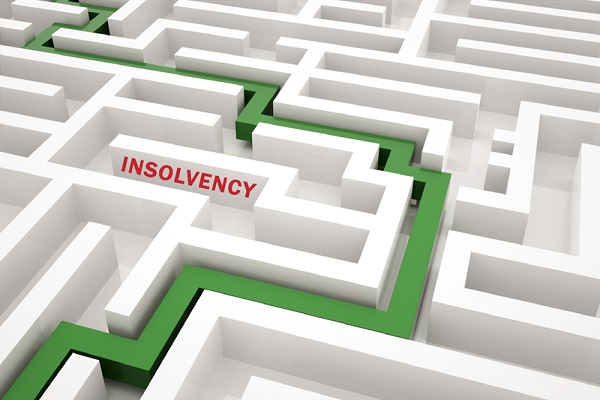 What is the insolvency of a company more precisely and which Romanian law is governing this procedure?

According to the legal provisions mentioned above, the term "insolvency" is defined as the state of the debtor's assets which is characterized by insufficient cash funds available for the payment of certain, liquid and due debts ,in the following ways:


What does the insolvency procedure imply and what are the ways to initiate it?


The general procedure provided by the legal framework in this field applies to professional debtors, except those exercising liberal professions, as well as those regarding which special provisions regarding their insolvency regime apply, but also to autonomous administrations. However, the simplified procedure is applied to particular special categories of debtors.

The costs specific to the insolvency will be paid by the debtors.

Bodies applying the proceedings are: courts, syndic judges, the judicial administrator and the official receiver.

The procedure is triggered by a petition filed in court by the debtor, by one or more creditors or by persons or institutions provided by law.

Are there several types of insolvency proceedings?

The legal administrator shall prepare and submit to the syndic judge, in the period of time set by the latter which may not exceed 20 days of his appointment, a report proposing wither entering in the simplified procedure, or further observation period specific to the general procedure .

In the simplified procedure, the debtor enters bankruptcy proceedings directly, either at the same time with the insolvency procedure or after an observation period of maximum 20 days.

The legal administrator will carry out, within 60 days of the opening of the procedure, the procedure for inventory of the debtor's assets and will proceed immediately to check each application and submitted documents and conduct thorough research to determine the legitimacy, exact value and priority of each claim.

In order to learn more about the bankruptcy proceedings and about concrete situations in which it occurs, as well as what the procedure involves, you can confidently contact the team of lawyers specialized in commercial law within our law firm.

Starting from the institution date of the procedure, all judicial or extrajudicial actions or enforcement measures for making claims against the debtor's property will be suspended. The capitalization of their rights will be possible only in the insolvency proceedings by filing applications for receivables admission.

However, in the event that the decision to initiate the procedure is invalidated or revoked, judicial or extrajudicial actions for making claims against the debtor's property may be reinstated and enforcement measures can be resumed.

On the date the judgment of the instituion of the procedure becomes final, judicial or extrajudicial action and suspended foreclosures cease.


Is there an obligation of the company to apply for the initiation of the insolvency proceedings?

Under the provisions of the legal framework on this matter, the insolvent debtor is obliged to petition the court to be subject to provisions of this law, within 30 days of the onset of insolvency.

Also, this application will be filed with the competent fiscal authority with proof of notification of the intention to open insolvency proceedings.
It is useful to know that if the debtor's application requesting the simplified procedure, the decision of general meeting of shareholders / partners in this regard shall also be filed.

Regarding the debtor against whom the appearance of insolvency is imminent, he may petition the court to be subject to the provisions on insolvency proceedings.

After the debtor applies for insolvency proceedings, certain checkings are carried out on the existence of other applications for the initiation of proceedings previously made by creditors. In the event that such requests are recorded, the debtor's request shall be settled in court procedures and the judge will order the joinder of claims of creditors, which in the case of the institution of the procedure become statements of claims.

The request of the debtor will be judged urgently, within 10 days, in closed session without summoning the parties.

The initiation of the procedure takes away the debtor’s right of management, consisting of the right to run their activities, to manage its property assets and dispose of them as a penalty for not declaring the intention of reorganization.In case you find yourself wanting to request the initiation of the insolvency proceedings or would like legal advice on ways of preventing it, you can contact the specialized lawyers within the law firm Darie, Manea & associates who will provide the necessary information, will find optimal solutions to your problems and will guarantee representation before competent authorities.
by Cristian Darie