Liability of a company director Romania 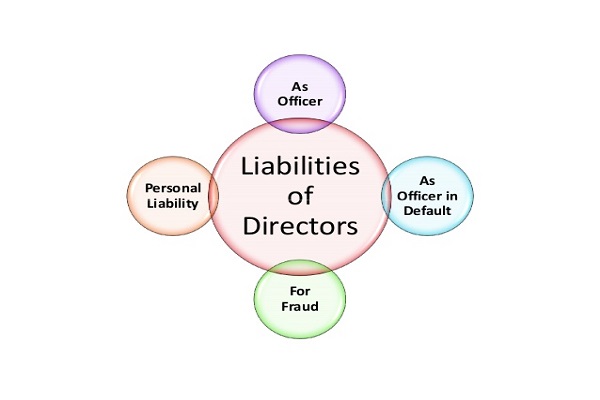 What are the forms of liability of the director of a company in Romania?


The forms of liability for which directors can be hold accountable are:

According to Law no. 31/1990 regarding societies in Romania, the obligations and liability of directors shall be governed by the provisions relating to the mandate and specifically provided in this law.

As shown, the relation between the director of a Romanian company and the latter takes the form of a commercial mandate.

However, regarding the relation between the administrator and the company, there are several theories, namely the mandate theory, the representation theory (which considers that the mandate of a director is a specific form of manifestation of representation), and the organicist theory (according to it, the director is an organ of the company and part of the corporate mechanism).

In situations where the administrator is held liable for a breach of obligations that come from the commercial mandate contract concluded with the company, the director' liability will be of a contractual nature.

The legal relationship between the director and the company in Romania may have a dual nature:

This double legal nature of the liability of directors is manifested both towards the society and third parties.


The Law regarding societies regulates the obligations for which directors respond solitary, providing that they are held jointly liable to the company for the following acts:

a) reality of payments made by the shareholders;

b) actual existence of dividends paid;

c) the existence of registers required by law and their correct use;

d) exact fulfillment of the decisions of the general meetings;

e) strict fulfillment of the duties that the law and articles of incorporation set up.

Creditors of the company may institute proceedings against directors, proceedings that they will be able to exercise only in the case of opening the proceedings governed by the Romanian Law no. 64/1995 on judicial reorganization and bankruptcy.

Doctrine talks about a classification into three civil liability categories regarding directors, namely: ordinary responsibility towards society and associates, an exceptional liability to third parties and the aggravated liability in case of bankruptcy of the company.

Law regarding societies provides a form of vicarious liability of the director in the article 144, which states that directors are responsible towards the society for damage caused by acts performed by directors or the hired staff, when the damage would not have occurred if they had exercised their imposed duties of supervision.

a) usage of goods or credits of the legal person for itself or that of another person;

b) made trade acts in their own interest, under the cover of the legal entity;

c) they ordered, under personal interest, the continuation of activities leading manifestly to the legal entity's termination of payments;

d) they kept a fictional accounting, they made certain accounting documents disappear or have not kept the accounts in accordance with law;

e) they misused or hid part of the assets of the legal person or fictitiously increased their liabilities;

f) used ruinous means to obtain funds for the Romanian legal person in order to delay the cessation of payment;

g) in the month prior to payment cessation, they paid or ordered payment to a preferential creditor at the expense of other creditors - in this case, the liability of the legal representative of a legal person shall not be engaged if these acts were made in good faith, pursuant to an agreement with creditors, concluded as a result of extrajudicial negotiations to restructure its debt, provided that the agreement was likely to lead reasonably to the financial recovery of the debtor and not be aimed at prejudicing and / or discrimination against creditors.

The bankruptcy judge can act on the request of the judicial administrator or liquidator.

The creditor who holds more than 50% of the value registered at the creditors' claims may also start this procedure.

The New Civil Code also establishes a liability for a Romanian company director, regulating that directors are personally liable to the company for damages caused by violating the law, a mandate or through negligence in management.

The New Civil Code stipulates that in case more directors have worked together, there is a joint liability.

However, on what concerns the relations between them, the court may determine guilt proportional to the negligence of each person who participated to the act that caused injury.

Note that the New Civil Code establishes a form of joint liability of the directors of a company.

Likewise, the Fiscal Procedure Code regulates the conditions in which directors are jointly liable for the outstanding payment obligations of a company which was declared insolvent.
Therefore, the persons who will be liable are:

a) directors who caused the insolvency of the debtor legal person by alienating or hiding, in bad faith, under any form, the company assets;

b) directors who, during their mandate, in bad faith, did not fulfill their legal obligation to request the competent court the opening of insolvency proceedings, for tax obligations relating to that period, obligations which remained unpaid at the date of declaration of insolvency;

c) directors who, in bad faith, determined the withholding and / or non-payment of tax obligations at maturity;

d) directors who, in bad faith, determined the remittance or refund of money from the general consolidated budget without them being due to the society.


The forms of criminal liability that a director of a Romanian company can be held accountable for are offenses covered by the New Criminal Code.

What are the sanctions that can be taken against the administrator of a company who violates his/her obligations?


In terms of economic sanctions, the administrator of a company may be obliged to pay compensation according to the damage caused.

Non-patrimonial sanctions regard the revocation of the administrator, as well as the appropriate punishments of the offences regulated in the New Criminal Code.

If you need more information on the forms of liability of the director of a company in Romania or the ways of pursuing the sanctioning of directors who breached or unfulfilled their obligations, feel free to consult the team of lawyers specialized in commercial law within Darie, Manea & associates who will guarantee proper legal consulting and representation before the competent courts, if necessary.

For any further details or information please do not hesitate to contact us.

Get Free Quote to set up a company
© 2006 - 2021 Darie & Manea Law Firm Top ↑
We use cookies for statistical purposes. How cookies are used on this website.