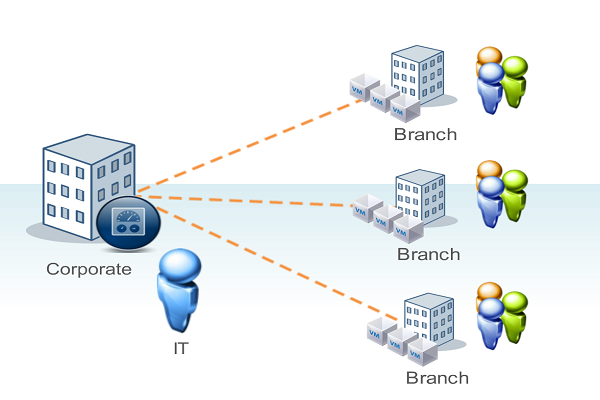 As opposed to the status of subsidiaries, the branch is just an extension of the parent company and therefore has no legal personality and no independence. Law no. 105/1992 on the Regulation of the Private International Law Relationship adopts the accepted international practice by which a branch is governed by the national law of its parent company. Consequently, if intending to establish Romanian branch, clients should be informed that this business entity remains dependent on the mother company at the economic level. The branch is a secondary unit which must be commercially equipped by the main company in order to conduct an activity falling within the objects of the parent company.


The set up branch Romania process requires this business unit to be registered with the National Trade Register. The mother company is entirely liable for all actions of managers and other employees of the branch. Representatives of the branch can conclude contracts even if this type of unit does not have a legal personality. It is still authorized to conclude transactions on behalf of the parent company. Thus, a legal document signed by the branch is a legal act of the company founder. All foreign entities deciding to open a company branch Romania should also know that the set up branch Romania process follows the main steps mentioned for the subsidiary. The dossier required for such a procedure must not contain the incorporation statutes. The most important information which need to be added to this dossier include a notarized copy of the articles of incorporation of the parent company, evidence of registration of the parent company in its country of origin and the proof of solvency of the mother company. The proof of solvency is actually a financial soundness certificate from the bank used by the mother company in order to conduct its major operations.

As this brief presentation showed, in order to open a company branch Romania, there should be followed certain procedures which sometimes can prove to be cumbersome. Our company developed accurate approaches able to guarantee favorable final results. Our experts can assist any client willing to establish Romanian branch explaining rigorously each phase of this process and delivering optimal solutions for all particular cases.

According to the Romanian legislation, branches are secondary headquarters of a commercial company that has no individual legal personality. Secondary headquarters like agencies, branches, work points, representative offices or other legal entities similar to those must be mentioned in the Articles of Association of the company and registered at the Trade Registry linked to the Romanian main office.


In order to open a branch in Romania, no matter the European country your headquarters is based in, you will need to submit at the Trade Registry the following documentation:

-    The power of attorney
-    Translated and authenticated copies of the Articles of Association of the company
-    Documents related to the Romanian branch
-    The decision of the company board to set up the branch, indicating the address, the activity object and the person that represents the branch, including identification document and mandate limits
-    Translated and authenticated copies or original of affidavits of the person who will represent the branch that shows they have legal authorization for this position and their specimen of signatures
-    Copy of Article of Registration, holographic certified by the applicant, the text must be translated by an authorized translator, the copy must be authenticated by a notary and signed by the translator as well
-    Special attorney’s POA in original for the nominated person to handle the legal formalities
-    Last financial situation of the company that is approved, verified or published according to the legislation of the state in which the company resides. The document must be authenticated by a notary, translated by a authorized person and signed by the translator as well
-    Proof for legal fees payment in original
-    An original affidavit regarding operation authorization


For companies that have their headquarters based in Romania the process is a bit easier. But still they will have to present at the Trade Registry the following documents:

-    Decision of the Associates’ General Assembly for setting up the branch which mush include the address, activity object, identification document of the person appointed to represent the branch and the mandate’s limits, all of this must be presented in original
-    Registration Certificate of the company, certified copy
-    Articles of Association, updated in certified copy
-    Evidence for the headquarters
-    Evidence for approvals of the competent authorities to register (when required by the law) in certified copy
-    Tax record information for the representing person of the branch, in original
-    Affidavit of the person representing the branch to proof they meet the law conditions for their position, certified and authenticated by a lawyer, in original
-    Affidavit regarding authorization of operations
-    Signature specimen of the person representing the branch, in original
-    Legal fees payment proof, in original
-    Special attorney’s POA in original for the nominated person to handle the legal formalities
For a foreign company to be able to carry out its activities on the territory of Romania, it is necessary to open a branch or a branch here. In order to establish a branch, the following documents are required:
-    Establishment Act and Certified Legal Status, along with all modifications to these documents
-    Documents certifying the registered office of the foreign company, its object of activity and the value of subscribed capital annually for foreign companies that are not members of the EU or EEA (if this information is not included in the articles of association or status of the legal person )
-    Certificate from the register where the legal person is registered, to certify its existence, certified translation
-    The annual financial statements of the company, approved, verified and published in accordance with the law of the statute in which they have their registered office, subject to the formalities of advertising of Romanian legal persons
-    Proof of branch office
-    Financial statements, if the legal entity has its registered office in one of the EU countries
The Branch does not have the legal personality of the company, being autonomous within the limits stipulated by the company. It does not participate in the legal circuit in its own name, and the legal acts are concluded by the representatives appointed by the mother company. Branch is a form of expansion of the main enterprise. Moreover, the branch is subject to the national law of the company that has established it, being identified by reporting to its registered office. Taking all these features into consideration, the branch is a simple dismemberment from a territorial point of view.

Differences between the branch and the subsidiary:
-    The assets in the branch belong to the main company, which it founded, unlike the subsidiary which owns the assets - The Branch does not have its own patrimony, a distinct company without the parent company, while the subsidiary owns it
-    The Branch may conclude contracts with third parties, in its own name or on behalf of the mother company, but the Founding Employer is responsible, so that it cannot have its own debtors or creditors
If the foreign legal person wishes to open several branches on the territory of Romania, it is not necessary to file separate files for each of them but only one file will be filed with the ONRC for one of the branches chosen by the company, being registered there and the other branches.

Get Free Quote to set up a company
© 2006 - 2021 Darie & Manea Law Firm Top ↑
We use cookies for statistical purposes. How cookies are used on this website.